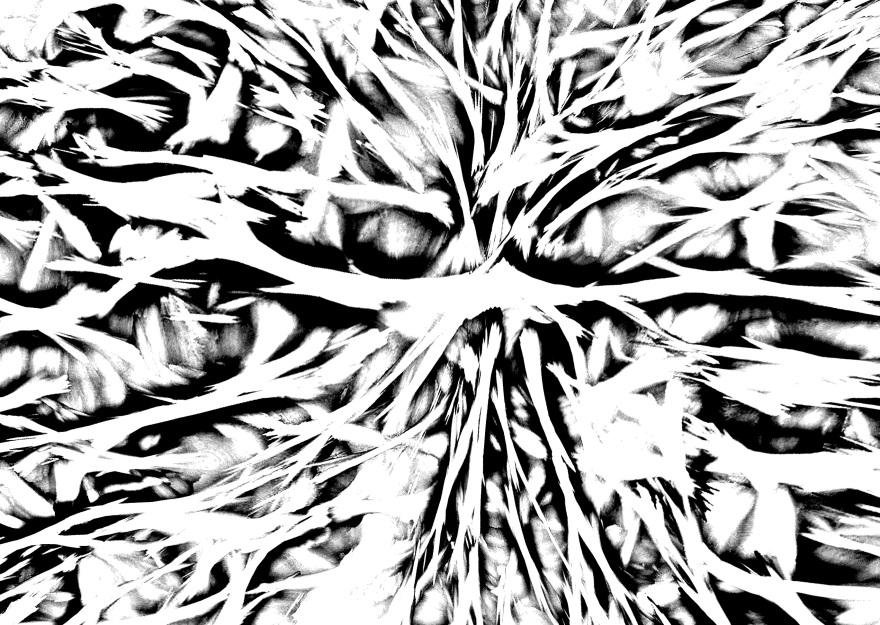 It began with a jingling sound in my kitchen.

I only heard it at night when I was smoking, looking at the light-polluted night sky out the kitchen window. The jingling sound had a whispery quality to it. You didn’t have to strain to hear it since it’s so quiet at night, except for passing cars and inconsiderate bikers, but it seemed ephemeral, like you’d lose it anytime.

It was the holidays, so I was home most of the time. I had been looking for a job over the last two weeks. I didn’t like staying at home with my mother. She was deranged. Okay, maybe that’s not the right word, but she was definitely not sane, most of the time. She was functional, yes, but not when she told me in her scared voice while we were watching the 8 pm drama that there was a person/thing looking at us under the lamp that was behind the sofa we were on.

“The thing is blind but it will know if you look back.”

Whenever she said that, I would be tempted to ask, “What then?” But I never did, for I knew she did not possess a sound mental state and refused to encourage her disease to develop by playing into her game.

When Megan and I brought her to the doctors, they said it was a rare and new form of mental disorder that is closely linked to dementia. Finding out that my own mother was crazy was devastating, but it was also revealing. Most of my friends left me when they found out. But Megan… Megan would have made a lovely wife. Mom’s hospital visits usually took between a couple of hours and a day with the psychological tests and counseling, but Megan never complained about spending days with me at a place that reeked of all the bad Ds – Despair, Depression, Death. In fact, the couple of times I suggested we catch a movie at the cinema a few bus stops away, when Mom was due to spend three hours undergoing an experimental form of counseling, she said no, that we ought to stay, in case my mom needed me. In case my mom needed me. Ain’t she a catch? That was two years ago.

I have not seen her since.

In case you’re wondering, my dad is dead. Has been dead for 849 days. That’s almost two and a half years already. Jumped down from our kitchen window when the stock market crashed in ’97. Surprisingly, being the first one to see her own husband of more than four decades sprawled in a splash of bones and brain juice did not worsen her condition.

And in case you’re wondering, I do not believe the jingling sound is a signal from my dad telling me he started dabbling in the stocks again, this time in the underworld. I am certain the sound was a real sound, caused by perhaps the rusty water pipes or simply the fridge humming in an odd way. Maybe even the distorted cry of a mutated house lizard. Everything is real and has a source. Logic is important, and if my mom is to have a chance to recover, then me, her son, must be the vanguard of reason and disbeliever of illogical things like an invisible person/thing staring at us even though he/she/it is blind. Halfway through my Mom’s treatment, I had decided to postpone my job hunt and was determined to undertake another kind of hunt instead – the hunt for the source of the jingling sound. It was fairly important.

Megan left me when the doctor told us in his dainty and pathetic room that the disease was hereditary. It meant that I could get it in the future. I knew that’s bull of course. Fucking bull load of crap to scare you shitless so you’ll join the other scared shitless old people to pay tons of money to continue with the visits, the consultations, the prescriptions, the fucking medicine. What Megan had told me the last time I saw her, I still could not believe today. I mean – I was truly disappointed. The feeling of frosty dread in the pit of my stomach was something I can still feel today. The kind of lies girls would tell you, the excuses they would employ to break up with you. She had told me that I was getting kind of weird, that I was beginning to act like my mom and that she couldn’t take it anymore. Take me anymore. She said I mumbled in my sleep. I asked what about, but she just cried and cried. I didn’t know why she was crying. We were outside the school’s sports hall and people were walking by and staring. I was tearing and furious, embarrassed and scared. Then we started to walk, me following her, exasperated and oddly tired. When we reached the street outside her house, the street lamps were lit and it was chilly. She stopped under a yellow glow, where the shadow of her hair hid her eyes. But I knew she was looking at me. I remember the scene well.

“You said you were going to kill me, Jacob. I mean, you were sleep-talking but you looked…”

She gave up trying to find the right word. Then she said, a little softer this time, “You called me Satan’s whore and wanted to skin me alive. Have you taken a look at yourself? You look ghastly. You’re always either mumbling about something or turning back to look at something that’s not there. See, you don’t even remember or register any of this. You’re going crazy, like your mom, Jacob. Maybe you should…- ”

I slapped her across the face, a little harder than I had meant to. That was the last time I saw Megan.

Every time I tried to trace the sound, to somehow follow it to its origin, it would fade away as if it knew. But of course, it didn’t. I tried again. I smoked almost a whole pack of cigarettes while waiting for it to appear, and as always, like my love for Megan, it appeared faintly before intensifying to a steady hum. It led me out the kitchen and into the living room but from there, it became much harder. I paced around the room, straining my ears to block out the sputtering of passing vehicles and the beating of my own heart. Then, my efforts paid off. The ringing had seemed to hit a frequency my ear could easily pick up, and where it must have come from was swiftly obvious. It was coming from behind the sofa, under the lamp. Ha! At first I was afraid, but not for long. I was not to fall for a figment of the disease that had wretched my mother. I was on the opposite end of the room and the sofa obstructed much of the view of the lamp. I walked over to take a closer look and saw her. My mother was squatting beneath the lamp, dressed in scanty pajamas. She seemed to be staring into space, as if in a trance. Her mouth was agape. She was making the jingling sound.

Her head jerked towards me, as if I had startled her. Her mouth opened wider and I could see her tongue and black molars. The jingling sound then grew louder. Her eyes were wide open but she was not looking at me.

Her head jerked again. Then, I realized that she was frantically looking for me as if she were blind.

When her blind wide eyes finally fixed on mine, her mouth closed and the ringing sound stopped. Then the thing said in a voice that was not my mother’s, “You should have listened to your mom.”

It stood up slowly. When it lunged at me, it was nothing like my mother anymore. It was a skeletal reincarnate of evil. The gaunt witch threw its claws at me, baring its rotten fangs. I took a few steps back and almost fell over the sofa. All of a sudden, reason had set in and I was no longer terrified. Let me explain. If, somehow, my deranged mother had been right about this apparition, then I must do what I could to protect her. Clearly, this creature or apparition – I don’t know – had distressed my mother. I swung my fist into her face and it let out a foul screech. I then pushed it down on the floor and put my hands around its throat. Before I knew what was going on, the witch was thrashing and screeching as the weight of my body threatened to suffocate her. It stopped moving when I snapped her neck.

So you are mistaken, dear police officers. My mother is missing because the witch has taken her away. I did not murder her. Is it not obvious that the witch took the form of my mother after her physical body was destroyed in order to fool the unwise? We are wasting time here, you referring me to the psychologist who had asked me to write this report, this account. I have already told you what had happened. Time is of the essence if my mother is to be saved.

Sanity is invaluable in the face of the unbelievable.

Weetee consumes copious amounts of Radiohead, Dota2, Neil Gaiman and Kazuo Ishiguro, and has a short story published in the collection Petua, which was sold in Kinokuniya, Popular and BooksActually. He has written, edited and interviewed for Campus magazine, Family&Life magazine, Jetbay and publications such as obscured.sg and 5minutemusic. He was also the Literature editor for obscured.sg, a writer at Click2view, Pico and Formul8, and is currently writing freelance while working on fiction.

We all know sharing literature makes you look intellectual. Support your local storytellers. It's quite effortless.